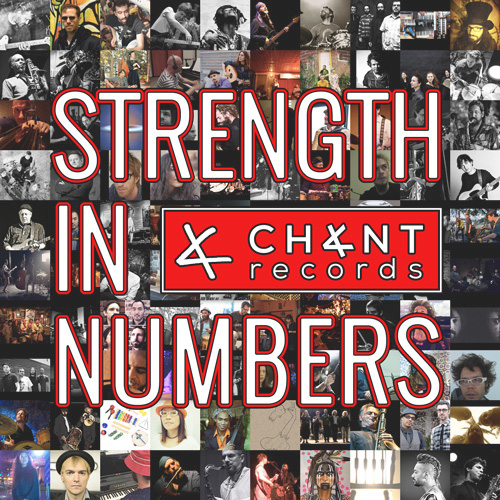 We would like to send a big thank you to all of the artists that contributed to the first official Chant Records release – STRENGTH IN NUMBERS – it means so much that you are involved.

To get STRENGTH IN NUMBERS for FREE stream/download, just go to the bottom of this page and sign up!

A Griot or Jali is a West African Poet, praise singer, and wandering musician, considered a repository of oral tradition.

The Griot in Mande society was as a historian, advisor, arbitrator, praise singer, and storyteller. Essentially, these musicians were walking history books, perserving their ancient stories and traditions through song. Their inherited tradition was passed down through generations. Their name, “Djeli”, means “Blood” in the Manika language. They were said to have deep connections to spiritual, social, or political powers as music is associated as such. Speech is also said to have power as it can recreate history and relationships.

The Mali Empire, at its height in the middle of the fourteenth century was founded by Sundiata Keita, whose exploits remain celebrated in Mali even today. In the Epic of Sundiata, King Naré Maghann Konaté offered his son Sundiata a griot, Balla Fasséké, to advise him in his reign. Balla Fasséké is thus considered the first griot and the founder of the Kouyaté line of griots that exists to this day.

Baye Kouyaté is a direct descendant of that lineage. He is one of those old souls: wise and blessed with a culturally diverse perspective, bubbling over with natural enthusiasm and creative energies that strongly suggest he’s been this way before; someone deeply in touch with the spiritual essences. His performances are a journey through a world of highly complex polyrhythms fusing traditional sounds of Mali with influences such as jazz, reggae, carribbean and latin grooves, all delivered by a high spirited crew of musicians.

THE CIRCLE: POEM
3 families came together, and the search began
arriving to a small beach in India, living together, growing together, deciding together
a music was born, with love

from sunrise to sunset, and through the darkness
nature’s balance of life, in all its glory
represented in a vibration, with love

THE CIRCLE, a meditation, a ritual, a ceremony
the sacred process, the healing of the spirit
every moment a dedication, with love

Guy Barash – Quintet No. 1 “Flowers Between the Fingers”
Performed by:
Thomas Piercy, conductor
Ryuta Iwase, bass clarinet
Christopher Yohmei Blasdel, shakuhachi
Makoto Aruga, vibraphone
Go Mochizuki, mandolin
Sansuzu Tsuruzawa, bass shamisen
Composed by Guy Barash
Produced by Guy Barash and Thomas Piercy
Recorded by Atsushi Yoshinaka
Recorded live at Ohmi Gakudo concert hall, Tokyo Opera City
Unlike traditional piano or string quintets, Quintet is a work for mixed ensemble of Japanese and Western instruments. It was inspired by the poetry of Chika Sagawa. Unlike most female Japanese poets of her time, she wove Western influences into her work, used free verse to explore her interiority rather than relying on traditional forms, and expressed an individual relationship with nature. On a personal level, I relate to her condition: fragile physically, standing up alone, trying to make sense of the universe. And aesthetically we converge: deep pain and radiant beauty resonate throughout her work, often triggered in the same moment. Chika Sagawa died before her twenty-fifth birthday. I dedicate my piece to her.

Motions (Chris Dingman, Tim Keiper, Matt Kilmer, Kaoru Watanabe) – Tsukiyono
Performed by Chris Dingman (vibes) Tim Keiper (ngoni) Matt Kilmer (percussion) Kaoru Watanabe (shinobue)
Composed by Kaoru Watanabe
Arranged by Motions
Produced by Motions
Engineered by Matt Kilmer
Recorded at 2nd st Studios, Brooklyn NY
The four members of the Brooklyn-based collective Motions combine the rhythms, timbres and melodies from their extensive and diverse backgrounds – traditional and contemporary musics from Japan, Mali, the Middle East, Brazil and the US – to create a unified sound that is both eclectic and organic. The music seamlessly ranges from abstract improvisation to heavy groove, highlighting the flavors and qualities of the different instruments while celebrating their universality.
motionsmusic.com

Todd Clouser – You The Brave
Performed by Todd Clouser, Billy Martin (percussion), JT Bates (drums), James Buckley (bass) and 58 voices of friends in Mexico City and Minneapolis
Composed by Todd Clouser
Arranged by Todd Clouser
Engineered by Mixed by Randall Dunn at Avast Studios in Seattle, WA
Recorded at Recorded at Studio HH in Mexico City, MX
With CHANT, prolific rock/jazz guitarist Todd Clouser reaches back to the days of American Prison song and Field Chant for inspiration. Part Clouser’s signature wild guitar work, part street choir, and part beat story teller, CHANT is a concept record celebrating music’s ability to create new community, featuring the duo drum work of Billy Martin and JT Bates.
In recording CHANT, Clouser reached out to friends and strangers in his homes of Minneapolis and Mexico City, from his neighborhood garbage man to members of Mexico City’s thriving creative music scene, in creating groups of singers. Recorded in studios in Minneapolis, New York City, the Peruvian Amazon amongst a family of shaman, and the streets of Mexico City, singers were directed in real time to chant over the tracks created by Clouser, drummers Billy Martin and JT Bates. The result is a new community recording of 80 musicians and singers spanning up and down the Americas.