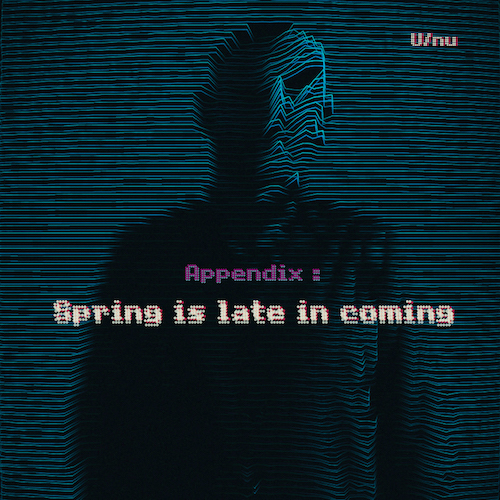 ‘Appendix: Spring Is Late In Coming’ is part two of an electroacoustic exploration inspired by the visionary work of Italian artist Gianluca Lerici, aka Professor Bad Trip. If part one of this sonic exploration (released on Chant Records on August 5 2022 under the title ‘Teknovortex Club’) consisted of a series of compositions that attempted to translate the contents of the comic strips and the artist’s ironic and desecrating style into sounds, part two is intended to be an ideal bridge between the cyber-world prophesied by Lerici and the real and current one, in some ways even crazier. Following the structure of an ideal graphic novel, “Appendix: Spring Is Late In Coming” is an epilogue told through surreal textures in which manipulated field recordings, distorted synthesizers and ambient noises dialogue with each other in a dreamlike plot, as relevant in decades past as it is today. 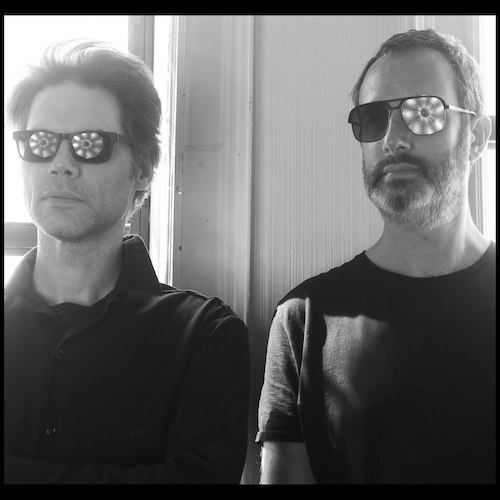 New York 69 is Adam Caine (electric and acoustic guitars, synth) and Kevin Shea (drums and electronics). Formed in Williamsburg, Brooklyn in 2004 and named after a mysterious mileage sign on Route 17, New York 69 has finally released their debut album after 18 years of making music together.

Adam Caine is a guitarist and composer originally from Rochester, New York. His albums Thousandfold (NoBusiness Records, 2009) and Pipe (TrueFalse, 2006) received rave reviews in the Wire, Cadence, and All About Jazz. His current projects include the Adam Caine Quartet (with Bob Lanzetti, Adam Lane and Billy Mintz), The Robert Dick & Adam Caine duo, The Daniel Carter & Adam Caine Duo, and New York 69 (with Kevin Shea).

Drummer Kevin Shea was born in Minneapolis. In the 1990s, he was a member of the cult avant-garde trio storm&stress (Touch and Go Records). Since then he has maintained a relentlessly prolific presence internationally, working with God Is My Co-Pilot, Mostly Other People Do The Killing, Great Lakes, Rhys Chatham, Talibam!, David Taylor, People (with Mary Halvorson) and ALPHAWHORE (w/Chris Cochrane and Gordon Beeferman). Village Voice named him 2012’s “Best Drummer in NYC.”