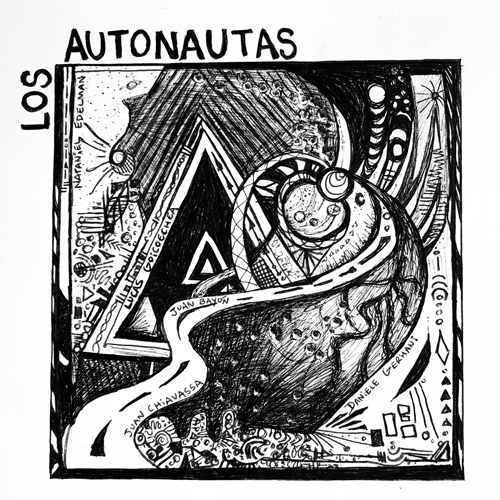 Los Autonautas came together after a private concert in Argentina featuring New York-based musicians Daniele Germani (alto sax, originally from Italy) and Juan Chiavassa (drums, originally from Argentina) and Buenos Aires-based Lucas Goicochea (alto sax), Juan Bayon (bass), and Nathaniel Edelman (piano). From the first moment playing together, the chemistry among the musicians was so strong that they immediately decided to record an album to document their fortuitous meeting. The resulting album, Balcón India, includes compositions from each individual musician plus a classic by Sonny Rollins, but it’s really in the collective performance that the sparks really fly. Sometimes great music collaborations develop over many years, and sometimes, like in the case of Los Autonautas, they happen in an instant. Lucky for the musicians and listeners, the mics were hot and the tape (or its digital equivalent) was running when the magic happened. Members of Los Autonautas have worked with jazz luminaries including John Patitucci, Terence Blanchard, Kenny Werner, Bob Moses, Pablo Ziegler, Danilo Perez, Joe Lovano, Dave Douglas, Dave Kikoski and Tim Berne.