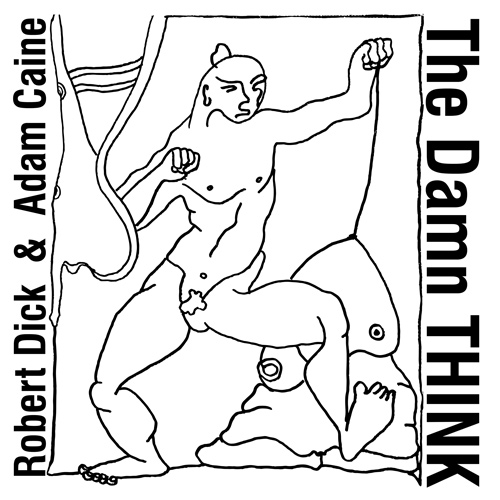 A collaboration between flutist Robert Dick and guitarist Adam Caine, “The Damn Think” is a surprising, colorful and energetic sound world all its own. Weaving musical influences from jazz, classical, rock and world music, the duo engages the listener in a free-associative journey, bending both space and time in the process. Caine performs and records with musicians including Bob Lanzetti, Adam Lane, Billy Mintz, Daniel Carter and Kevin Shea. In addition, his compositions for video art have been featured in over 20 international festivals. Robert Dick is a flutist, composer, teacher and author. His musical style is a mix of classical, world music, electronic and jazz, and he is the inventor of the “glissando headjoint,” a custom flute head joint that allows the player to achieve electric guitar-like whammy bar effects with their instrument. In 2014, the National Flute Association awarded Dick its Lifetime Achievement Award. The New York Times said his “technical resources and imagination seem limitless” while JazzTimes called him “revolutionary.”