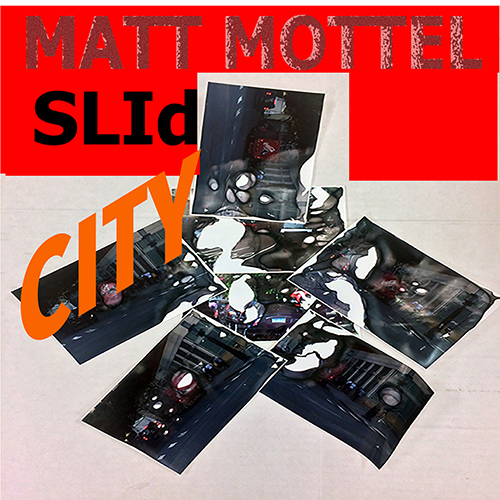 Matt Mottel is an internationally recognized multi-instrumentalist, composer and producer who has co-led (with drummer Kevin Shea) the dadaist duo Talibam! since 2003 and has worked with Karole Armitage, Rhys Chatham, Cooper-Moore, Yasuano Tone and many others. Talibam!’s album Endgame of the Anthropocene was described by Bandcamp as a “spiked Slurpee party at the end of the world” when featured as Album of the Day in 2017. Mottel goes solo on his Chant Records debut ‘Slid City,’ combining lo-fi drum machines with electronic synth sounds of all stripes, trash-rock guitar and laser sounds. For fans diverse artists including Suicide, Royal Trux, Omar Souleyman and Carla Bley, ‘Slid City’ is a layered and experimental sound world whose aural landscape simultaneously grooves, enlivens and stings your senses.

All music composed, performed and produced by Matt Mottel