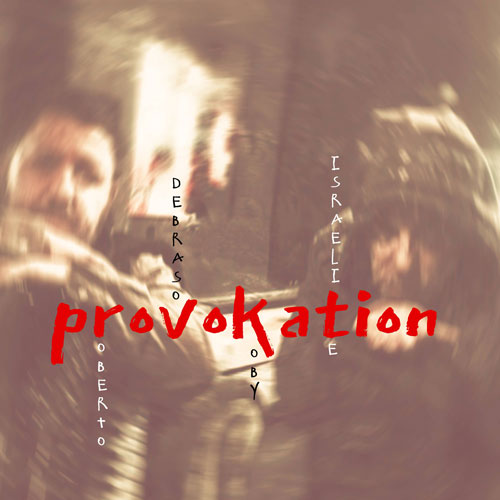 Following the release of his 2018 album ‘The Rest of Now,’ acclaimed multi-instrumentalist and genre buster Koby Israelite returns to Chant Records with a collaboration featuring the virtuoso Romanian accordionist Roberto de Brasov. Crossing genres, fusing cultures and combining multiple flavors into a truly one of a kind musical punch in the face, ‘Provokation’ is like an almost out-of-control steamroller blasting a mixtape of Balkan music, jazz and metal. Featuring a haunting, funhouse rendition of Chopin’s ‘Nocturne No 2’ and the classic standard ‘If You Go Away’ reworked as a dramatic power ballad with special guest singer Annique, ‘Provokation’ electrifies from first note to last.

All music composed and arranged by Roberto De Brasov and Koby Israelite. Except “If You Go Away” by Jacque Brel and Rod McKuen and “Nocturne no. 2” by Frédéric Chopin.

Related:
Koby Israelite – The Rest of Now
Midwood – Out of the Narrows
Sandcatchers – What We Found Along The Way