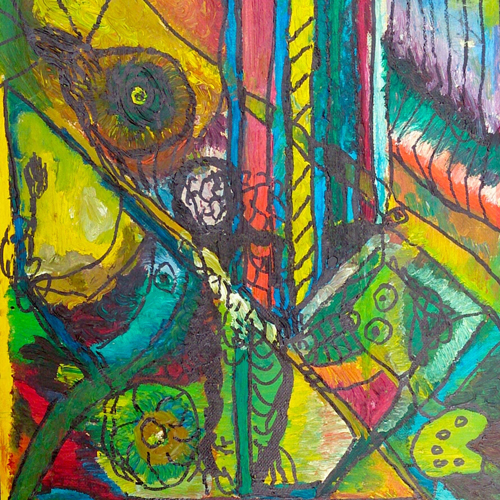 Renowned pianist and composer Burton Greene has been playing professionally since starting out in his hometown of Chicago in 1962. He was one of the first artists to record for ESP, the first record label devoted to avant garde jazz. With Alan Silva he formed the Free Form Improvisation Ensemble in 1963. He joined Bill Dixon’s and Cecil Taylor’s Jazz Composers Guild in 1964, and has played with a number of other artists including Rashied Ali, Albert Ayler, Gato Barbieri, Byard Lancaster, Sam Rivers, Patty Waters, Mark Dresser and Roy Campbell. Guillaume Gargaud is a French composer and guitarist who specializes in improvised music. He has appeared on 25 albums and composes music for contemporary dance and film. The duo is joined by flutist Tilo Baumheier on three tracks.