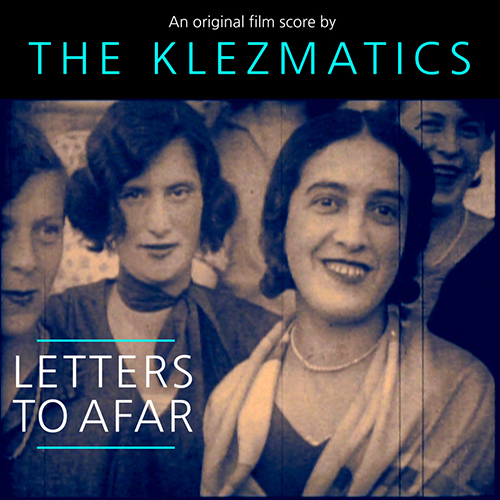 The Klezmatics – Letters to Afar

The Klezmatics are globally-renowned world music superstars — and the only klezmer band to win a Grammy award. The Klezmatics emerged out of the vibrant cultural scene of New York City’s East Village in 1986 with klezmer steeped in Eastern European Jewish tradition and spirituality, while incorporating contemporary themes such as human rights and anti-fundamentalism and eclectic musical influences including Arab, African, Latin and Balkan rhythms, jazz and punk.

Letters to Afar, The Klezmatics’ 13th and most adventurous release to date, contains music composed for Hungarian found-footage artist Péter Forgács’ acclaimed installation of Polish-Jewish historical films sourced from the YIVO Institute for Jewish Research. The music is evocative, ambient and by turns psychedelic, meditative and illuminating. This is The Klezmatics as you’ve never heard them – deeply rooted in the traditions of klezmer and experimental avant-garde musics; Klezmatics filtered through Brian Eno, David Torn, Duke Ellington, Morton Feldman and electronica.

Letters to Afar, a film by Péter Forgács

Related:
Midwood – Out of the Narrows
Ben Holmes – Naked Lore
Sandcatchers – What We Found Along The Way