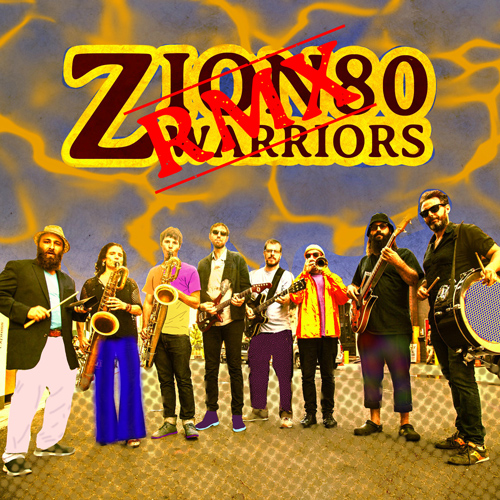 Zion80’s Warriors RMX is a reworking of songs from 2017’s Warriors EP. The 10-piece band’s signature groove-heavy sound of out-front horns, organic percussion, electric guitars and keyboards lends itself very well to the art of the remix. The album kicks off with a mix of “Pardes” by Curha (aka Curtis Hasselbring), adding a dose of quirky electronica to the song’s Latin-jazz groove (think Eddie Palmieri meets Autechre). The album’s only vocal track is a mix of “In Our Youth” by producer Smoke M2D6, featuring indie rapper/poet ePHRYME and some added guitar work from Zion80 bandleader Jon Madof. Madof takes the reins on a dub-heavy mix of “Wandering Stone,” with nods to producers Bill Laswell and King Tubby. London-based producer and multi-instrumental wizard Koby Israelite runs “Holy Brother” through the mashup meat grinder, adding blast-beat drums and chaotic jump-cuts along the way. The album finishes with an instrumental version of “In Our Youth,” bringing the album to a close and hinting at things to come from a live band who, after eight years and four studio albums, has only begun to expand their musical horizons into uncharted territory. Available as a limited edition CD with hand-painted digipak cover »