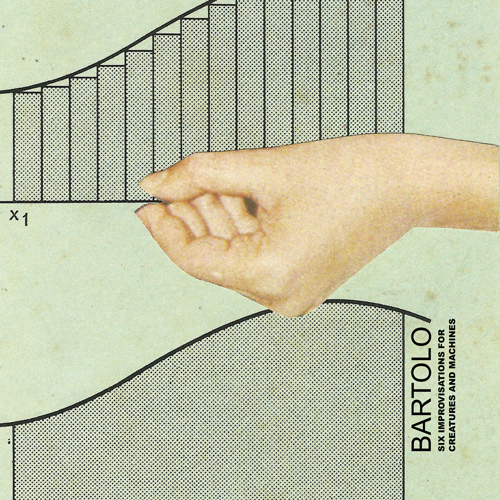 What is it like to be human in an electronic world?
Bartolo is a Lisbon-based guitarist, composer, producer and sound artist who has worked with artists including Miguel Rio Branco, Damo Suzuki, M. Takara, Paal Nilssen-Love and Thomas Rohrer. His second album, “Six Improvisations for Creatures and Machines” is a series of instrumental improvisations along with a modular synthesizer programmed with random parameters. The unique set of unpredictable harmonies, rhythms and forms make the synthesizer a quasi-improviser, providing a musical foundation for spontaneous musical interaction and composition. As Bartolo describes it, “I chose musical partners who I have an affection for and with whom I share a rapport. In one track I play alone, a man-machine duet. In other tracks, I also have a human partner or two to interact with the machine. Analog programming carries an imprecise delicacy where it is difficult to retain absolute precision. There is something human about it, but at the same time it is the very opposite of anything human.’’ Recorded live in studio with no overdubs and complete spontaneity, the resulting album is a deep exploration of what it means to be human in an electronic world.