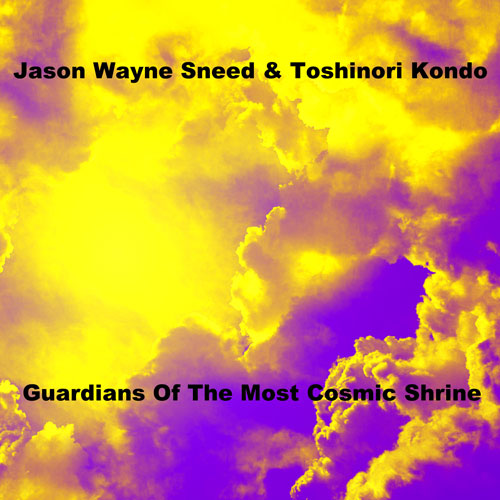 Guardians Of The Most Cosmic Shrine is a collaboration between bassist/producer Jason Wayne Sneed and trumpeter/composer Toshinori Kondo. Friends for many years via correspondence between their respective home bases in the US and Japan, Sneed and Kondo worked remotely to record the album after meeting for a performance in Chicago in December 2019. Sneed produced the original tracks with Kondo’s specific sound and personality in mind, and Kondo recorded his parts at his studio in Japan. Several days after beginning work on the album, Sneed received news that Kondo had passed away on October 17, 2020. “It took me a minute to grasp how heavy of a responsibility this is. This album truly has his spirit in it. While working on it, I felt him with me in the room and felt his energy surrounding me,” says Sneed. Guardians Of The Most Cosmic Shrine has a deeply transcendental and meditative quality, while incorporating influences from jazz, dub, electronic music and more. It is a fitting final statement from an artist remembered by critic Nate Chinen on NPR as “a sonic chameleon… whose daring instinct and deep expressive resources slashed through a spectrum of experimental and ambient music… a creative force until the very end.”